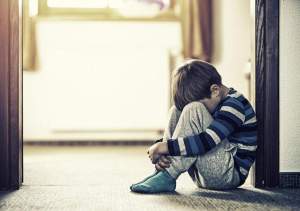 Even though an adoptee has no conscious memory of their natural mother, because the adoptee was there, because they did experience being “left” by their biological mother and handed over to strangers, it is becoming increasingly understood that there are wounds caused by what has happened to this child in separating them from their natural mother.

It makes no difference whether the child was a few minutes, a few days or even a few months old but still so young that they are pre-verbal.

Keeping an adoption secret does little to foster trust.  There is a subtle sense of unreality and dishonesty in the relationship.  Children are primarily creatures of intuition and sensation.

My mom always knew she had been adopted.  When I look at those last photos of her natural mother’s last visit with her, I see how happy she was to be reunited with her mother all over again (she had been left in temporary care at an orphanage in Memphis, while her mother tried to get on her feet financially).

Her adoptive mother admitted after the long train trip from Memphis Tennessee to Nogales Arizona that it “upset” my mother.  When she said the doctor had gotten my mom calmed down, I suspected she had been drugged with phenobarbital.