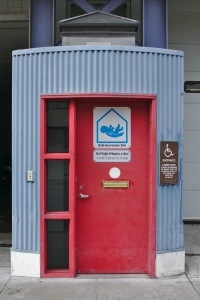 How does one preserve the identity and heritage of a baby dropped off under Safe Haven laws ? Is this a case where adoption is the only recourse ?

Safe-haven laws are statutes in the United States that decriminalize the leaving of unharmed infants in specially designated places.  The child then becomes a ward of the state.  Safe-haven laws typically allow the original parents to remain nameless in a court proceeding to determine the child’s status.

Of course, eventually, the ease of accessing inexpensive DNA tests and the matching sites 23 and Me as well as Ancestry may reunite the child with some member of their original family.

Yet, in the meantime, what to do ?

Critics argue that safe-haven laws undercut temporary-surrender laws, which provide the buffer of time for parents who are unsure about whether to keep or relinquish their children. Supporters argue that anonymity protects infants from potential abuse by their parents.  Fathers can find themselves shut out of the child’s life without their knowledge or consent.

And I still do not have the answer to my initial questions  . . .