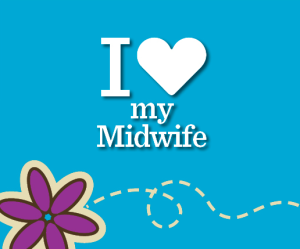 I became interested in midwifery when I became pregnant with my oldest son.  In the early 2000s, it was still illegal to practice midwifery in Missouri.  After I had both of my sons by caeserean to avoid passing on a hepC virus to them, I lost touch with the movement.  It was disappointing with the older boy to accept not birthing him at home using the Bradley method which my husband and I diligently studied.

I do believe that for simple common healthy births, a midwife is a wonderful addition to a family’s experiences.  I did become convinced that midwifes are exceptional people.

In some cases, midwives become involved in births with a mother who is planning to relinquish her baby for adoption.  A midwife may be more compassionate about the grief that separating a baby from its mother will undoubtedly cause.

Unresolved grief will have an impact on the life of any woman who relinquishes her baby.  It appears that mothers involved in an ‘open adoption’ will not suffer as extremely the many adverse effects that mothers who have been involved in closed adoptions do.

A midwife needs to identify and develop the skills needed when caring for a mother planning to relinquish her baby. These include adopting a non-judgmental approach, being an effective listener, offering choices about every aspect of care and offering interventions known to help a bereaved mother.

A midwife should also see to it that prospective adoptive parents are not allowed to be with the mother as she is birthing her child.  They should support a period of time for the mother and baby to bond after birth.  Some women given a private amount of time to be with their baby will decide not to relinquish the baby.  Women should never be coerced into doing so by agreements they made before birth.

These are some of the reforms that could be initiated to lessen the wounds suffered by both mother and child due to adoption.

3 thoughts on “The Role of Midwives”