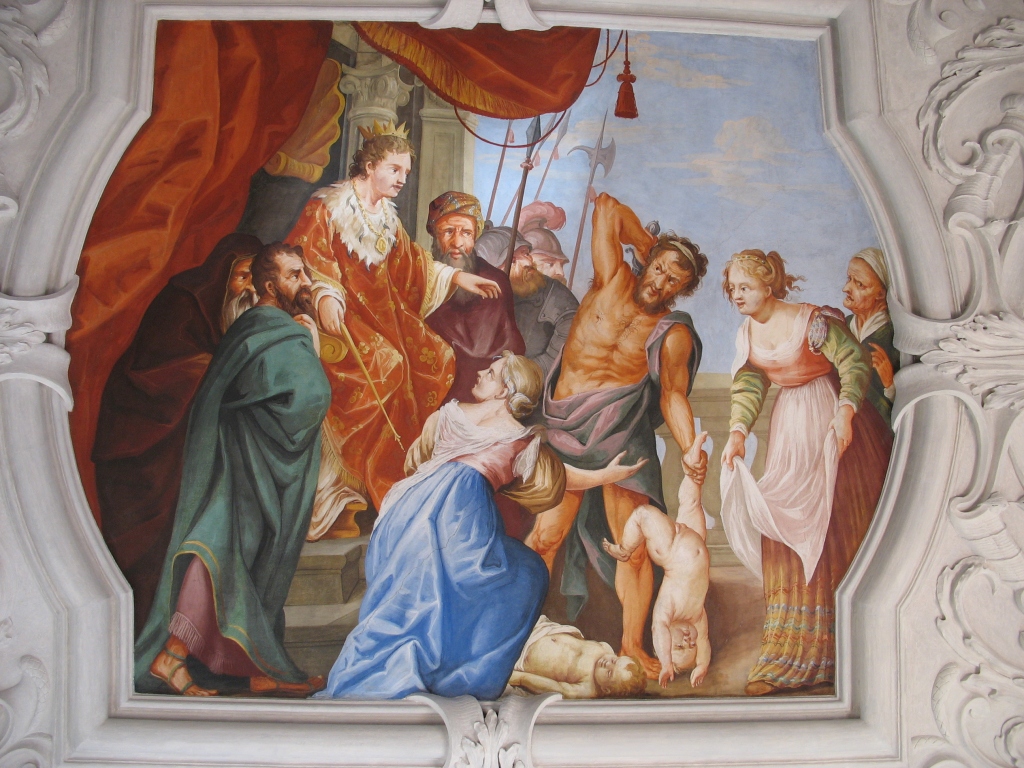 It’s a story as old as the bible.  Two women fighting for the love of one child.  It is the child who actually suffers.  Often the original mother will surrender for the good of the child.  It happens when one woman was the first mother and then another woman steps in and the first mother becomes marginalized.  Whether by adoption or divorce, it is hard to live that reality.  I know, I have.

I was reading the sad story of a woman who was adopted at the age of 4.  Got along well with the adoptive father, not so much with the adoptive mother.  The couple divorced and for whatever reason the girl went with the mom.  This adoptive mother spent years breaking down this poor woman’s confidence by telling her she was going to end up like her birth mother among countless other verbal and emotional jabs at her.

Time passed, she grew up.  In a sense the predictions came true.  She had a son who she breast fed and took care of everyday for 20 months.  Then she had to ask for help.  Her son already knew her as mom.  Now she has a power struggle with her adoptive mom about who actually is the mother of her son.  That is because she went through a rough part of her life and had to ask her adoptive mom to keep her son while she figured things out.

The adoptive mother agreed. Then, less than 3 weeks later, she called the woman and asked if she can give her a certain amount of money per month in return for adopting this woman’s son. She declined.  As an adoptee herself, she said she wasn’t giving him up and that with another 2 weeks, she could be ready for him to come back to living with her.

Only a week later, the adoptive mother called again and said according to her lawyer the woman will be charged with neglect if she doesn’t sign over the rights to her son. Oh, this does remind me of what happened to my maternal grandmother !!

Anyway, fearing she might never see her son again, she consulted with a lawyer at a women’s shelter where she was living and had to face the reality that this was going to happen and it did.  The adoptive mother changed the woman’s son’s name, just like happens so often in adoptions.  While the original mother still has some access to her son, I know, just as the reader probably knows by now – this will not turn out well and the child will be the one who suffers.