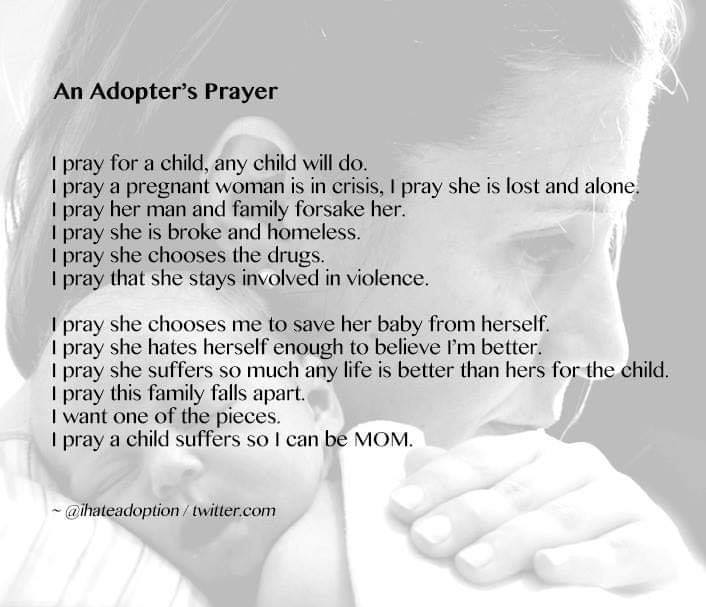 My first exposure was reading Lorraine Dusky’s book A Hole in My Heart.  We have since become friends on Facebook and I know a lot more about what happened to her than only what she wrote in that book.  She has been an activist for opening the sealed records in the state of New York.  The effort was recently successful.  Almost half of these United States continue to obstruct adoptees from knowing the truth of their origins.  Adoptees are treated like second-class citizens denied the basic human rights that most people unaffected by adoption never give a second thought.

A friend in my writer’s guild once asked me at a conference as we were discussing my manuscript project, what does it matter if someone was adopted if their adoptive parents were good people and their childhood fortunate ?  As I explained it to her, she understood in her own way that her genetic origins were simply something she took for granted.  Whether she cared to know anything at all about her heritage, it was accessible to her.  Not so for the adoptee.

The more contact I have with women who have lost their children to adoption, the more I understand the lifelong regret, sorrow and pain this causes them.  Adoption is a permanent solution to a temporary problem.  Too often people think the problem that is today will always stay a problem forever.  Change is constant, so that perception is never the truth but it is easy to lose sight of that in extreme need.

Not only do many mothers never know what became of their child, many adoptees exist in a black hole.  If they know they were adopted (which is generally the case in our modern times and even for both of my parents, adopted in the 1930s, they knew they had been adopted even though they never learned anything about their own origins), there is this strange kind of existence and knowing they are not related to the people who are “their family” and genetic heritage ? the heritage that is their adoptive family’s possession, it isn’t their heritage.

And sadly, when one finally does know the heritage, as I have been blessed to discover my own (know all 4 original grandparents and something about each of their stories) and have contact now with true genetic relations, I don’t feel fully as though I belong to these families.  We have no shared history.  It is as though I’ve been robbed twice.  Though I am grateful to at least have the truth now and not a false identity.