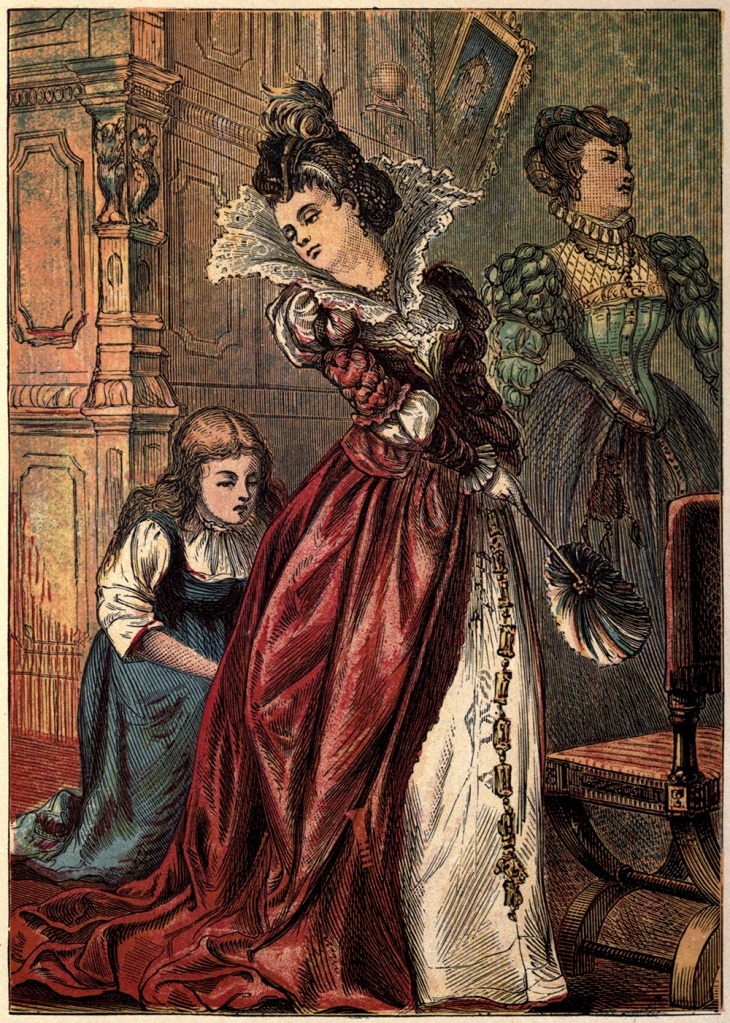 Cinderella and her Step Mother

Step-mothers have an enduring place in the societal imagination and like natural mothers they come in all types from loving and kind to cruel and indifferent.

I often relate to original mothers who have lost a child to adoption.  In my case, I lost custody unofficially to my husband when he remarried a woman with a child and they proceeded to have another child.  Because my daughter grew up for the most part away from me, I suffered every bit as much as any mother who has lost awareness of her child’s day to day life.  I am grateful that I continue to have my daughter’s presence in my life though it is mostly at a distance and that for the most part our relationship is a good one with no more than the usual number of bumps along the road of our life’s path and unfolding.

When I was on a path of discovering who my original grandparents were, a big breakthrough was learning that my dad’s unwed mother had subsequently married and what her married name was.  I learned that thanks to finding a copy of a will on Ancestry.com that was her step-mothers.  It was clear between the lines that there was some kind of rupture in the relationship of the step-mother with her husband’s children by a previous wife who died when my grandmother was only 3 mos old.

When I discovered a cousin with the same grandmother thanks to 23 and Me DNA testing, she told me stories she had heard about my grandmother’s life with her step-mother.  How the step-mother would tie her to a tree in a lightning storm either to scare my grandmother into being compliant or in the hope the tree would get struck and eliminate the life of my grandmother.  Who can know now?  But it was traumatic for my grandmother.  Also that her step-mother put her to work in a rayon mill, barely a teen, in Asheville N Carolina when they migrated there from Oyster Bay Long Island.  Her step-mother would take the money she earned to assist the family’s financial support and while that is not unusual in itself for a family in poverty, it was still yet another area of conflict between them.  So my grandmother “divorced” her family in effect by refusing to return to N Carolina and instead stayed in La Jolla California with her aunt.  It was there that she met the father of my dad.

I was reading this morning about step-parent groups are as mean and nasty to original parents as some foster/adoptive parent groups.  I suppose it is a type of insecurity that would drive someone to bash the child’s original parent, want to erase the child’s original parents and want the child to replace those with the step, foster or adoptive parent by insisting the child call them mom or dad.  My daughter tells me that her step-mother always insisted my daughter maintain a relationship with me.  I can only guess regarding some of the less than happy thoughts my daughter may have had about me from time to time but as I said, I am thankful for the relationship I still have with my daughter.  Her step-mother died some years ago.  My daughter still honors her memory.  At the same time, I feel less competition, if that is the proper word for it.  I have tried to heal my own wounds around the situation.

Regarding these online groups, one woman said of the mommy groups and step parent groups that they can be awful. The entitlement. The control issues. When you marry someone with kids, the kids have parents already. You’re accepting the ex and the child or children. It is very important to never bash the ex partner who is also the child’s parent or have unrealistic expectations about how your step-child relates to you. You came into the child’s life uninvited.

Much the same applies to adoptive and foster parents as relates to a child’s original parents.  Many wounds come from this negativity in an effort to build up one’s own ego.