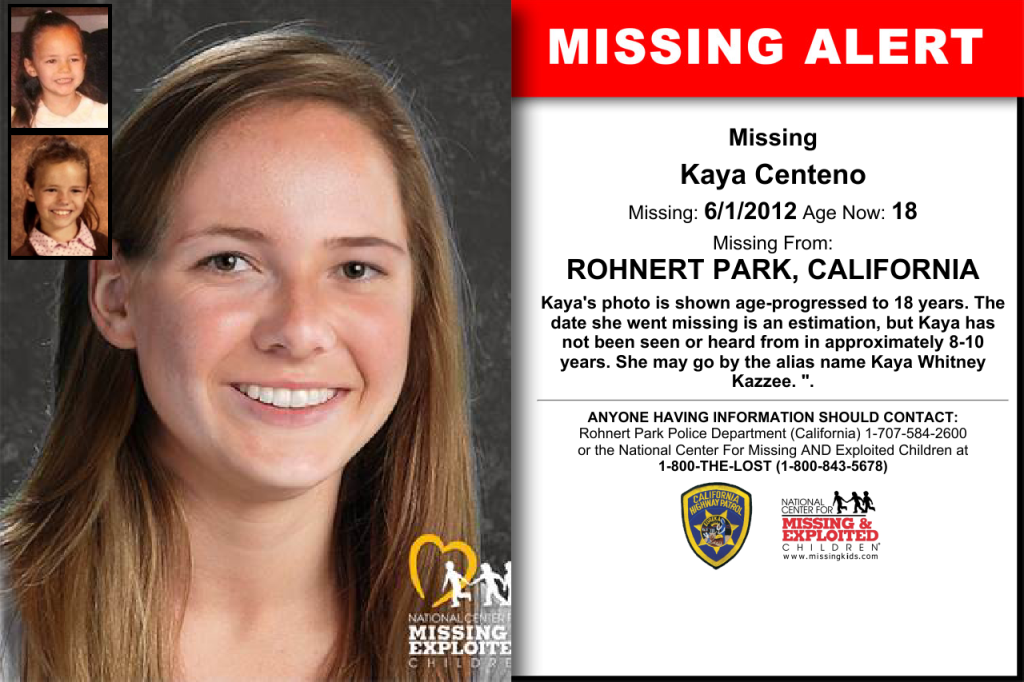 Imagine.  This girl has been “missing” for at least 8 years.  If not for the behavior of her adoptive parents, Jose and Gina Centeno, her disappearance would still be under the radar.

An investigation was prompted after her adoptive parents were accused of harming her siblings, a 17-year-old girl and 15-year-old boy.  It was these children who made authorities aware that they last saw her when she was between 8 and 12 years old.  She was a student at John Reed Elementary School when she was removed in second grade, purportedly to be homeschooled.  As a parent who’s children have been educated at home, I always hate these sensational stories (and of course, grieve these things happen) because they cast a bad perspective on the practice of educating one’s own children.

In July, authorities in Mexico notified Sonoma County child protective services of allegations of abuse against the parents by the Centeno children after they were sent out of the country about 1.5 years ago to live with a family there. Neighbors of the family’s members alerted Mexican authorities about the alleged abuse.

The Centenos had adopted five children: three siblings and later on, twins. Gina and Jose separated and Gina has been raising the twins, according to police.  Prosecutors have charged the pair with felony kidnapping, alleging that they concealed the three older siblings to obtain adoption assistance funding, according to court records.

Jose and Gina Centeno gave Kaya’s younger sister and brother an explanation for why she disappeared, although that information has not been publicly revealed. Investigators did find evidence in the family’s home “to corroborate the victims’ statements about the abuse,“ police said.

Thankfully, the Centenos are being held in the Sonoma County Jail on $18 million bail and are expected to make another court appearance on Oct. 5. They each face life sentences, if convicted.

To report information about the case, call the Rohnert Park Public Safety Department at 707-584-2612.