When one spends time within the larger adoption community (this includes original family, adoptees and former foster youth as well as adoptive and foster parents) the precise use of language sometimes becomes an issue. For my own self, I am entirely willing to learn to use the most appropriate language while giving a large tolerance to the words anyone else uses because we are all doing our best to improve and reform circumstances that have historically not been in the best interests of the child who ends up adopted or in foster care. That is really the most important issue – the well-being of our children overall.

Some of the adoptees or former foster youth have had reunions with their original family that have not gone well at all, only heaping more heartbreak and rejection on already wounded souls. Some had really crappy experiences with their adoptive or foster care families. Life can be incredibly hard at times for a lot of people. I try to always remember that and I too fail to be compassionate and sympathetic enough at times. We all do. Rather than beat ourselves up over our mistakes in judgement and actions, we really can only try to do better in the next instant – every instant after every instant. Life is for evolving ourselves and through our efforts to make ourselves a better human being overall, we evolve our families, our communities, our countries and our planet. It is an on-going process that never ends.

Whatever we call our parents, it can only be whatever feels right to each of us personally. I think every one of my own children has called me by my familiar first name of Debbie at some time or other and it has never truly bothered me. It does get complicated when adoption is in one’s family history. I called my mom’s adoptive parents – Grandmother D and Grandfather D – they were very formal people. I called my dad’s adoptive parents – Granny and Granddaddy. They were very humble, salt of the earth kinds of people.

When I learned who my parents actual original parents were – in my heart, they did take the place of my adoptive grandparents because they are truly the genetic, biological ones. However, I never use a “grandparent” identifier with them. It is their names that I use – Lizzie Lou, JC, Delores and Rasmus (though he preferred Martin, I like the more Danish version personally). So though, when I think of grandparents now (having only learned of them after the age of 60, after they were long deceased and I will never know them but second hand through other descendants of theirs), I think of the original ones but I never use the childhood identifiers for them.

There has long been a raging controversy over the use of the word “birth” to denote the parents who conceived and birthed children who were later surrendered either voluntarily or involuntarily (forcefully taken). Here is one perspective on that issue –

I personally loathe the term ‘birth mother’ and prefer ‘bio’ to differentiate between adoptive parents and family I’m related to by biology. I don’t understand why Lee Campbell (founder of Concerned United Birthparents) insists that ‘birth’ is not offensive but ‘bio’ is. Biology denotes DNA; genetically unrelated surrogates can give birth, so it’s not an inclusive term, as far as I can see. Anyway, as an adoptee—the only person among ANY of my family who had NO CHOICE—I’ll use whatever term I please. I adore my maternal biological family, including my late momma, whom I didn’t get to know past infancy. I feel far more connected to her than I ever did to my adoptive mother. I have three living maternal uncles and we are CRAZY about each other. We don’t use qualifiers referring to each other, but in cases when clarification is needed, I specify with ‘bio’.

Some of the push related to language was actually influenced by the adoptive parents when the whole industry was going through radical change in the 1970s. Social workers started to push positive adoption language. You had adoptive families complaining about the previous terms: they didn’t like natural mother because then they were unnatural. They didn’t like real because that made them unreal.

Many original mothers and their offspring do dislike the term “birth” because a woman who has given birth to a child is much more than just a woman who gave birth. There is a bond formed in the womb and all the conditions and circumstances that occur during gestation that will forever be a part of any human being and of course, there is the genetics as well.

Here is another perspective from a former foster youth who has adopted a child out of foster care – I always refer to my own parents as my biological parents. I honestly don’t have much relationship with either of my parents. I have learned through the years they are truly incapable of having a safe parent/child relationship. And honestly they are simply my biology. Nothing more. As an adoptive parent, I have learned and respect my daughter’s mom and family and refer to her mom when speaking to her as simply – her mom. In posts on the internet I try to always use first family. I will add that I only use first family in areas of the internet when needing to differentiate. In real life, it is simply family, mom, dad, grandmother, etc and no one has ever been confused over whether I was talking about adoptive or her first family.

Another one added – I call my son’s Mom, his Mom. His first family, his family. I can’t handle the terms that make the moms less than.

And many of these women really don’t like “tummy mom.”

There is also another kind of family where the adoptive parent is actually “kin” related to the adoptee. I know one of these kinds of situations rather well. So one who is a former foster youth wrote –

I will call my bio parents whatever I want. They are not my “real” parents, because neither of them raised me. It is incredibly offensive when people ask “your adoptive (kinship) mom, or your real mom?” No. My kinship mom IS my
“real” mom. Our relationship is far from perfect. My raising was far from perfect. But she’s the only person who I’ve ever felt comfortable enough regarding our relationship to call “mom”, and I’ll continue to do so.  I hate the phrase “real mom.” My mom is my mom.  Period.

In my own case, my biological, genetically related daughter was not raised by me after the age of 3. She ended up being raised by her dad and step-mother.  My daughter considers my ex-husband’s wife her mom. I accept that. I carry enough conflicted emotions for not raising her – regardless of the reasons that came to pass. But I do acknowledge that her step-mother was the one that was there when my daughter was sick, in trouble or needed a compassionate heart to listen to whatever. I do have a decently good adult relationship with my daughter. I am grateful for that much. 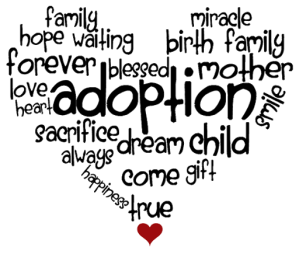 Does “forever family” rub you the wrong way?

I cringe EVERYTIME I hear it. So many of us were told this mythical thing exists, but then turns out we were always on some sort of weird job interview where there are no rules and the requirements of the job change depending on the mood of the boss, the boss’ family, or the boss’ pets.

I don’t think I ever had a “forever family”? Did you? Do you now?

When I finally became aware of my true biological, genetic family relations something dissolved in my feelings toward the members of my “family” that were only that due to adoption.

Does that mean I love the deceased grandparents LESS who were present in my life growing up ?  No, it doesn’t mean that.  I cherish my memories of the times I spent with them.  They always treated us genuinely and from a sense of loving us.

Does that mean that my aunts, uncles and cousins by adoption don’t seem quite as real to me anymore ?  That is true, though I acknowledge their humanity and that they are ALL of them good people.

Learning the truth about my parents adoptions and original family and re-connecting with the genetic/biological family I never knew all my life has meant more to me than I can possible convey to you in these brief blogs.

At the same time, there is this sad effect – I don’t feel like I belong to any of them.  Truth.  The adoptive family is no longer real family.  The real family I have no life experience with and can only try to go forward with 6 decades missing.

No – family is not forever.  My parents and my in-laws and my grandparents are all deceased now.  Divorces have happened, children have grown up in different families, cousins have always been distant anyway.  Where does one find family ?  Only in those people who we sense are able to accept us just as we are no matter what. 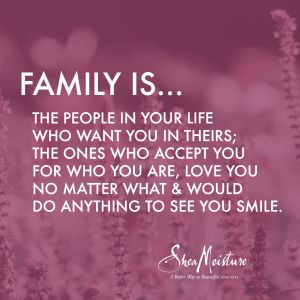 My adoptive grandparents were influential in my life.  No doubt about that.  My maternal grandmother lived in wealth and taught us good manners and what an abundant life might be like.  I remember fondly sleeping in my mom’s old canopy four-poster bed and coming to a breakfast table set impeccably.  My grandmother also made possible my only trip outside the United States beyond occasional forays into Juarez growing up on the Mexican border.  Thanks to her I had an experience of attending Clare College in Cambridge England.  She was metaphysical actually.  I learned that at some point and she expressed gratitude for her financial comforts by being generously charitable.

My paternal grandparents modeled hard work, entrepreneurial spirit and humble surroundings as well as country living as I was growing up in a dense suburban environment.  I remember going out into the cotton fields to pick boles and now know that my genetic maternal relatives (grandmother and grandfather lived such a life of necessity).  I remember harvesting food from their property – pecans, peaches and asparagus.  I remember the trains that traveled right across the street from their rural home.

I also believe I owe my granny (my dad’s adoptive mother) for preserving me in my parent’s loving care and not allowing my unwed high school mom to be sent off to have me and give me up for adoption.  Later on in life, my granny caused me to realize a romantic relationship I had been in for some years was not a healthy one and I left it.  Her questioning openned the way for me to meet and marry my husband and to have two wonderful sons with him.