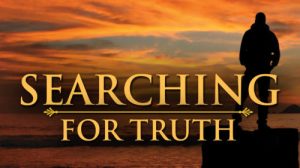 My mother believed she had been inappropriately adopted. She made a need for her medical history the excuse for her search and certainly she had some chronic health issues, including one very mysterious and unexplained issue.  It is also possible another mysterious unexplained reason was why she had been separated from her mother. Only her mother could tell her the truth about that.  It was not to be.  Her mother had already died when the state of Tennessee denied her attempt to be given her adoption records.

Fast forward almost 30 years, my mom has died but now I am able to receive those records that had been denied her.  Through reading between the lines of all the considerable amount of information the state of Tennessee released to me – my mother was not wrong.

She had been inappropriately adopted, just not in the manner she had tried to explain it all to her own self (that her supposed illiterate parents signed papers without knowing what they actually were – surrender papers – at the hospital in Virginia).  The actual truth that became abundantly clear was that my grandmother had become trapped and then exploited by Georgia Tann – the notorious baby seller.

My grandmother never had another child.  I believe she was devastated to have lost the child that might have kept her marriage to my mom’s father intact.  I believe my grandmother died of a broken heart.