A little over 20 years ago, after 10 years of marriage, my husband decided he wanted to become a father after all. True, he had been glad I had already given birth to a daughter, so there was no pressure on him because I had already been there, done that. Imagine my surprise when over a couple of Margaritas at a Mexican restaurant, he told me “I’ve been thinking” and my mouth actually dropped open in utter amazement. When I recovered from my own shock, I said OK.

We had seen a news clip that women who conceive at an older age live longer. I was 44 years old at the time. My GPs nurse practitioner during a counseling session over my cholesterol levels learned I was trying to conceive (we’d been doing all the usual things – timing intercourse, ovulation predictors and pregnancy tests – to no avail). She said to me, “I’m not saying you are infertile but at your age, you have no time to waste” and referred me to her own fertility specialist who was also an OB.

The night before our appointment, we saw another news clip that indicated my chances of conceiving were technically zero due to my age. I remember going to the place alongside the perennial stream that flows past our house to the gravel bar where I married my husband. Hugging our witness tree, I cried because my husband married a woman too old to give him what he was now wanting.

At the doctor’s office, we saw the very last egg in my ovary on ultrasound. The doctor gave us some kind of shot to give it a boost but it failed to produce a pregnancy. While we were there, he said to us – there is another way – and described donor egg technology to us. We utilized a website for matching couples with women volunteering to donate their fertile eggs. We selected one that my husband noted, one of her answers matched my own philosophies in life. She turned out to be a good choice. A mother with 3 children already of her own. She has donated to at least one other couple we know of but we do not know the outcome of that effort for not all assisted reproductive technology efforts succeed. In my online cycle group, only about 50% did.

The doctor in the town our donor was living in at that time did 4 procedures that year with only one success – ours.

Having now learned about the way an infant bonds with its mother in the womb, I’m grateful we rejected adoption as our means to becoming parents. Our donor subsequently donated a second time to help us conceive our second son. Therefore, our two sons are fully genetically and biologically the same – and yet very different people. They have their natural father as a mirror as well. Each of them is some part but not wholly the same as their dad. I marvel that I must love my husband a lot to want 3 of him – though of course, as I just acknowledged that is not 100% the truth.

At some point I became aware of a woman in my Mothers Via Egg Donation online support community who was researching a book. It is titled Creating Life Against The Odds – The Journey From Infertility To Parenthood. The author is Ilona Laszlo Higgins MD FACOG. For contributing our experience to her research, I was given a signed copy of her book. She wrote in the title page – “To Deborah and Stephen who undertook this special journey to bring Simeon and Treston into their lives! With love, Lonny”

Today, my oldest son celebrates his 20th birthday. I have referred to him as my savior because it was in trying to conceive him that I discovered I was positive for hepatitis C. Otherwise, I may have destroyed my liver without ever knowing this virus was there by drinking too many alcoholic based drinks. I haven’t had a drop of alcohol since learning about it.

I had to fight with the doctors at the hospital where my c-section took place 20 years ago today to be allowed to breastfeed my son. The lactation consultants there came to my defense. I nursed him for over a year (and at 18 months, each boy tested negative for the hepC virus). When he was about 3 months old, we embarked on a long journey that eventually caused us to traverse through about half of these United States in the Eastern part of the continent. I nursed him in public everywhere we went and to be honest, I had the right kind of clothes to do so with subtlety.

I share all of this to encourage women struggling with any kind of infertility to consider this method. Your baby will be born to the woman in who’s womb the baby grew, who’s heartbeat and internal processes has been the background noise of its development, who’s voice the baby has always known. This is all every baby that is born desires in life – to be with its natural mother. My sons do not have my genes but in every other way, no other person is more their mother than I am.

Not long ago, I read an essay by a woman with a great attitude. She was donor conceived. She accepts that she would simply not be who and how she is any other way. It is my hope that my sons will also understand their origins with that clarity of acceptance. It isn’t all that different than my own self understanding that if both of my parents had not been given up for adoption, I would not exist.

Sometimes the honest truth is the best. We have always been truthful with our sons without making a big issue about their conception. With the advent of inexpensive DNA testing, I’m glad we chose the path often referred to in donor conception support groups as “tell”. Their donor did 23 and Me. Then, I gifted my husband with a kit, then my oldest son with a kit and finally my youngest son with a kit. The youngest one was only slightly disappointed that he didn’t have any of my genes. But I am still “Mom” to him and we remain very close at heart – where it truly does matter.

Adoption is taking a mother’s child from her. You cannot argue this fact. You may seek to be an exception but you are not. You are really just the same as every other person who has ever adopted a baby.

How do you go to the hospital and walk out with someone else’s baby ? Their BABY ! Someone’s baby she spent 9 months with.

Why is the suicide rate so high for adoptees and also for natural mothers and never discussed ?

It is true that sometimes caring for a child outside her primary family is necessary.  It should be rare.

Some answers to the above from a “woke” adoptive mother –

You basically delude yourself into believing the lie that this is a “good” thing.

It starts with the narrative from adoption agencies. They parade “first moms” into the orientation meetings to tell you how choosing adoption for their babies was the best decision they ever made. They believe the lie, too.

You listen to your friends and family members who have adopted children. You see the beautiful families they built. They all seem so happy. You want that for yourself.

You are chosen by an expectant mom. She tells you how grateful she is to have found you. You tell her how brave she is. You really feel like you’re a team doing this together.

Here comes the hard part. The birth. I have never felt more uncomfortable as when I was in the labor room with my son’s mother. She was alone and asked me to be with her during her planned c section. If not for her being alone, I wouldn’t have gone in with her. I felt like a total intruder.

Our minds are powerful. We can convince ourselves of just about anything. Even justifying taking someone else’s baby. That’s my cross to bear. Now that I’ve acknowledged the cold hard truth of it, I can do my best to help our kids understand it. 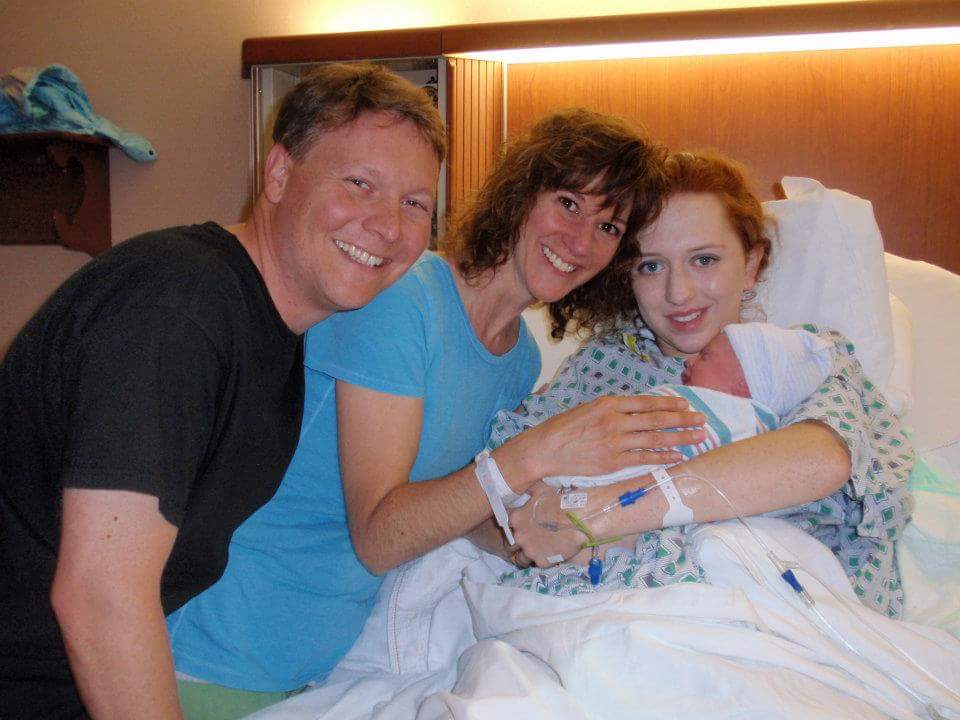 I don’t know these people and they are not the point.  Among the reforms I have learned about in the private Facebook group for original parents, adoptees and adoptive parents that I belong to, and one of their missions, is to support expectant mothers.  One of the reforms they advocate, and I agree with, is for the prospective adoptive parents NOT to be present in the delivery room during birth nor for the first few days after the birth.  The goal is for the new mother to bond with her baby and perhaps change her mind about giving the baby up for adoption.

The problem is the coercive effect of the adoptive parents’ presence on the new mother.  So it is today that I read the story of a hopeful adoptive mother and the problems that have occurred at the last minute in the new mother’s intention to give her baby up.  This is a teenage unwed mother who at the tender age of 15 had previously expressed a desire to go back to her pre-pregnancy life and be educated to become a nurse.  She also was not living with her parents, had been raped (perhaps by a family member) and did not believe her own mother was capable of helping her parent.

Flash forward to her difficult 3-day delivery and she informs the hopeful adoptive mother that she does NOT want her there because her mom (who opposes the adoption completely) is trying to help her through it and the new mother doesn’t want drama. She gave birth and due to the C-section, she is in the hospital for longer than expected.

Well, she begins to breastfeed the baby while in hospital and of course, breastfeeding does encourage the bonding of mother and child.  The result is that three days before the surrender papers are to be signed, the new mother has decided to parent.  The struggles of any new mother are temporary, placement is permanent, which is the message this Facebook group attempts to convey.

The result is a very mad hopeful adoptive mother who is blaming everyone from the social worker to the hospital to hormones and drugs and the immature age of the new mother and to the new grandmother as well for losing the “perfect baby-these don’t come by often” which echoes in my own mind like the words the Tennessee Children’s Home used to describe my mom to her adoptive parents.