My husband and I made a conscious decision not to adopt when we had been trying unsuccessfully to conceive.  I believe our main concern was that uncertainty factor.  We decided that we preferred to start “fresh” using an alternative form of medicine (obviously the main response to the question in the survey above).

Many adoptive parents are driven by altruistic reasons – it is not because of infertility – but they truly would like to be there in a positive way for a child who they believe needs them.  It is a form of rescuer or savior motivation.

DIA is not through an agency but is a disclosed identified party adoption aka an open adoption.  The inconvenient truth is that regardless of the type of adoption –  agencies are manipulative, hopeful adoptive parents are clueless and often blinded by their own wants, expectant mothers are coerced into giving up their babies because they are led to the false belief it will be better for their infant, and infants experience tremendous trauma when they are separated from their original mother. The whole system of adoption is sadly a mess.

Hopeful adoptive parents usually have good intentions, even if they are blinded to more selfish and personally oriented reasons for adopting.   Wanting to be a parent and acting on that is a selfish decision via adoption, regardless of how you get there.  These adoptive parents may have more than they need for just their own selves.  They want to share from their abundance because for some people sharing feels good.

Many original mothers were  forced. One example that I read about – she was told either she place her son for adoption or they were going to report her to Child Protective Services – she was in extreme poverty, she did not have a job, she was depressed, unmarried and her my son was originally conceived through a man no longer in the picture. She was told she wasn’t good enough to raise her own son and that he deserved better.

It is important to change the narrative about adoption – it is not a beautiful circumstance. It is damaging and painful and should only happen in the very rarest of circumstances, and then it should be within the family, if possible (and honestly, it usually is possible).  I am pro-reunification.  It is important that the pain of separation is not permanent if at all possible.  My perspectives on adoption, I will admit, have gone 180 and mostly against.  There are exceptions, of course, and good ones. 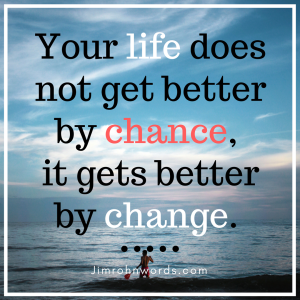 The perspective “out there” is improving and it isn’t happening by chance but because adoptees are speaking out about the circumstances of their lives.  And though it may not change at the individual life level, I am hopeful it is changing in the larger sense.

I recently read about an adoptive parent who was told – “They are so lucky you adopted them.”

This adoptive mother reflected on that perspective and realized – “They are not lucky! It is not lucky to be orphaned or born to a parent who is unable to parent at that time. It is not lucky to live in an orphanage or foster care, and it is not lucky to be thrust into a home with perfect strangers and try to form parental attachment and bonds with them. There is nothing about coming to the place where you need to be adopted that is a lucky and they are not lucky we adopted them. We are blessed to have them in our family, but if the luck had been on their side there would not have been unfortunate circumstances that kept them from being raised by their birth families in the first place.”

In my mom’s case, her adoptive mother was over the moon happy to have her.  But there were nagging doubts because she had been lied to about the circumstances of my mom’s “need” to be adopted.

She did not “need” to be adopted.  Her original mother WANTED to raise her and tried very hard to keep her but got bested by a master of deception – Georgia Tann.  My adoptive grandmother was told my mom’s parents were married students who weren’t ready to raise their child and were financially unable to provide for her.  That last part was the struggle my original grandmother was trying mightily to address.

My adoptive grandparents did feel blessed to buy two children, the “perfect” family unit of an eldest son and a baby sister.  But at least for my mom (I don’t know the circumstances surrounding my uncle’s adoption) it was all unfortunate circumstances.  No wonder she died firmly believing she had been stolen from her parents.  In effect, she was.