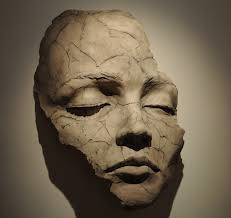 Before you decide to adopt or foster a child, consider your own emotional state.  Here’s some help for contemplation.

1. Do I feel defensive when an adoptee, former foster youth or birth/first mother says “adoptive parents tend to…?”

2. Do I feel angry when people tell me I benefit from adoptive parent privilege — that the adoption industry works in my favor, or that my socioeconomic class and/or race enabled me to adopt?

3. When an adoptee, former foster youth or original mother talks about adoption, do I feel defensive because they’re describing things that I do or think?

4. Do I feel angry or annoyed by the above questions?

5. Do I have a history of embracing hopeful or adoptive parent behavior that I now feel ashamed of, so I need to show people that I’m no longer “like that”?

7. Do I expect an apology when I feel like I’ve been unfairly accused of poor adoptive parent behavior?

8. Do I feel better when I say, hear, or read, “every (adoption) experience is different?”

9. Do I try to convince adoptees, former foster youth and original mothers that they’re wrong about adoption by pointing out people from their position in the triad who agree with me?

10. Do I feel the need to talk about my own hardships (such as infertility, a “failed” adoption, or a difficult childhood) when an adoptee or original mother talks about their pain?

11. Do I think the adoption community would benefit if people stopped talking about the hard stuff, were more supportive, learned from “both sides,” or focused more on the positive?

12. Does being told that something I say, think, do, or otherwise value is harmful make me want to shut down, leave, or express my discomfort/displeasure in some way?

13. Do I feel the need to state that I have friends/family who are adoptees or first mothers when someone points out my problematic behavior?

15. Do I feel that my opinions and perspectives about adoption should be given equal weight to that of an adoptee or original mother, that I have something unique and important to contribute to the adoption conversation, and/or that it is unfair to be told to listen more than I speak?

16. Do I feel the need to defend myself on any of the above points when commenting in a discussion?

If you answered yes to any of these questions, you are dealing with adoptive parent fragility. Take time to reflect on why you feel the way that you do. Take time to listen to adoptee and original mother perspectives.

Adoptive parent fragility is a hindrance to healing because it prevents adoptees/original mothers from being able to engage with adoptive parents in honest conversation, without also having to bear the burden of catering to adoptive parents’ emotional comfort.

At its worst, adoptive parent fragility can cause an emotionally unhealthy situation for adoptees/original mothers because of the power dynamics and the weight of being responsible for the adoptive parents’ feelings, while not being allowed the same consideration to express their own.

There is also the weight that comes with people that you care about lashing out at and abusing you (verbally, emotionally, and/or digitally).

If we cannot talk honestly about the issues surrounding the traditional adoption industry, then we cannot make progress towards creating a healthy reform.