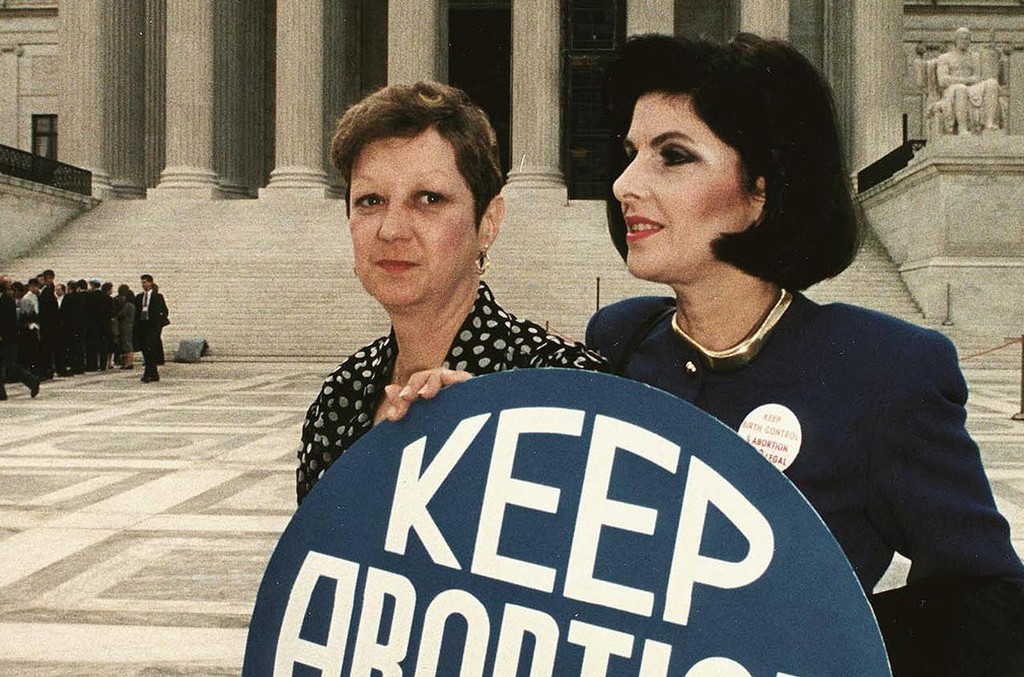 The woman on the left is Norma McCorvey, the woman who was Jane Roe in the legal case that came to be known as Roe v Wade and made it possible for women to have an abortion.  I did not know it until this morning, but the pregnancy that caused her to seek an abortion, ended up in adoption.

Norma grew up poor and abused.  She was the daughter of a single alcoholic mother. She got into trouble frequently and at one point was sent to a reform school. She married and became pregnant at 16 but divorced before the child was born; she subsequently relinquished custody of the child to her mother. In 1967, she gave up a second child for adoption immediately after giving birth.

At the age of 22 and unwed, she was mired in addiction and poverty, she was desperate for a way out of an unwanted pregnancy.  It was her third child and she was so desperate to have an abortion, that she made up a story that she was gang raped, thinking that might legally entitle her to one.  To my own perspective, she is the sad example of the trauma a birth mother experiences as Norma repeatedly lost custody of her natural children.

Roe v Wade became law in 1973, just after I graduated from high school.  In the latter part of the 1970s, I benefited from a safe, medically induced and legal abortion.  It has surprised me how many adoptees will say they wish they had been aborted.  That tells you something about how not happy becoming an adoptee can be for many, not all, children as they become mature adults.

Roe v Wade built on earlier decisions legalizing contraception.  The right to plan wanted pregnancies (and in my own experience a wanted child is loved and treated better in general, I say that because all of my children were wanted, and my reasons for having an abortion, while haunting me most of my life, I still believe were the right ones) and the right to end unwanted ones has freed women to pursue more fulfilling lives than the old barefoot and pregnant model of married life.

When women are able to choose when and whether to have children, they are more likely to finish their education, more financially stable and less likely to remain in and endure abusive relationships.  In states that have fewer abortion restrictions, there are lower rates of maternal and infant mortality.

In 1984, Norma McCorvey revealed herself to have been Jane Roe.  This resulted in the ugly side of the Pro-Life movement as she was harassed and someone even shot at her through her window.  Even so, she was undaunted for years and remained an abortion-rights advocate.  However in the 1990s, she announced she was 100% pro-life.  One has to wonder after what she suffered, if she just wanted safety, security and peace.  She died in 2017.

Today in 2020, the right to choose is under a strong attack and given the increasingly conservative nature of our judicial system thanks to the Republican party, young women may once again only have the option of illegal and unsafe access to ending an unwanted pregnancy.  Women could be forced once again to have children against their personal desire to bear a child.