It is understandable really. There is the gulf between you, the elapsed time living different lives and yet, you are unmistakably and without a doubt springing from the same DNA tree – and that matters. Yet, I see so often the fears. Stories today as examples which reflect typical experiences.

From a birth mother – I finally met my son! He contacted me on Mother’s Day and said he wanted to meet. He just turned 19. We met last Sunday and it went well. He said he wanted to plan another visit soon. I know after meeting it can be overwhelming for an adoptee. It has been very overwhelming for me. To be honest, I’m a mess. I can barely function. He is already pulling away, maybe, I think. He just kind of stopped replying to texts. He is bad at texting anyway – according to him. I am trying to give him space. But I have also heard adoptees say they don’t like feeling like they have to do all the work in the relationship. I did text him last but it was one that didn’t necessarily need a reply. Would sending a “thinking of you” text be too much, if you are overwhelmed? I don’t know if he is or not. I’m in the dark trying to navigate this.

From an adoptee – I’m 20 and JUST started texting my biological mom the day after Mother’s Day as well, I’m not ready to meet her and I’m not ready to text her all the time. Getting those thinking of you messages really are nice though because I get in my head and can’t text because it’s overwhelming. I also have a lot of fear that she is also pulling back – so knowing she is thinking would help. I encourage you to tell him exactly what you are thinking. We are adults now and I personally want her to speak to me as an adult and not as the child she lost!

From another adoptee – I would love for my birth mother to contact me more often. She never just contacts me. It’s always me emailing her, and she does reply to some of my emails. If I were in your shoes, I would send him another text message and perhaps mention that you don’t want to bother him with too many text messages, but you’ve just been so happy to have met him. Be ready to answer questions and even ask if he has any.

And yet another adoptee – My first mom knows I have issues with texting her back when I’m dealing with stress AT all. She texts me every once and a while and says she loves me or says she is thinking of me but never expects a response. Mother’s Day wasn’t that long ago, and it’s the first time y’all met? Give him some time to adjust. He’s probably processing it all – just like you are. I don’t think it would be invasive to send a text that shows you are thinking of him and he is in your heart and mind. I know that always makes me feel happy, even when I cannot reply.

This from an adoptee in reunion as an adult – At that age I would have just put up walls, and stayed quiet, if things started to feel overwhelming. I didn’t know why I felt how I did, most of the time. Every one is different though. If you haven’t already, consider reading The Body Keeps The Score. You have probably seen this book recommended before. It may be helpful in understanding your behavior/feelings/reactions and possibly his.

From experience – It took my mom and I years just be comfortable enough to have the conversation of – “I wish you’d call me more often.” I am sure he is hesitant because he does not want you to walk away again and he is likely dealing with guilt over loyalty to his adoptive parents – even if they are supportive. The guilt just comes with the fear of rejection that every adoptee lives with. Take it slow. If you don’t hear from him for awhile – it’s ok to text him. I would have loved for my mom to be more active in communicating. She said she didn’t feel she had the right and she didn’t want to scare me away.

And this is a good perspective as well –

Now you begin the slow process of fiquring it all out, what works for you together.. so you can definitely acknowledge what you want- “I’m so thrilled to be able to check in” and what you fear- “but I don’t want to overwhelm you or add any stress. I know this is really a lot to deal with.” And “If you want, you can totally tell me to just chill and I’ll totally understand! It’s totally normally to need a break.” It’s like building the framework of a space where you are able to accept the full range of his experiences, centered on his needs. It is important to make certain he knows that space is being held and that you are inviting him to help shape it.

It is not some long ago issue. For many adoptees, their personal history, their adoption file and their original birth certificates are withheld from them even today in maybe half these United States. It is true that there has been progress made in some states. I believe New York was the most recent.

So today, I read the heartbreaking account below of yet another adoptee struggling with this, just as my mom did (however, she was denied because her mom was dead and her father’s status could not be determined – thankfully, I received her full file in 2017 from the state of Tennessee – if only she could have had the peace of mind her file would have brought her but she was also dead by the time I was able to obtain it on her behalf as her descendent).

Here’s that other adoptees’ sad tale –

I had to friend request my biological mother again. We were friends before when we first connected, but I unfriended her after writing her a long message unleashing my pent-up anger and hurt over my adoption. Anyway, the state of Florida says that if I want a copy of my original birth certificate, I need this woman to write a note permitting the courts to unseal my records. So, I have to expose myself to more trauma and talk to someone I don’t want to talk to, so I can have the factual account of my birth. I am so tired of laws that hurt adoptees and protect biological parents. It’s bullshit.

One response was this – It’s a human rights violation, considering these people signed away any legal rights they had to us, so they are legal strangers to us. They have as much to do with us as a neighbor, a store clerk or a real estate agent. Yet we are still beholden to them, when laws that separated us, make us ask their permission in the ultimate of hypocrisy.

I was born in the “blackout” period for Massachusetts adoptees. I think it was from 1974 through 2008. If you were born in that time frame, you need to convince a judge there is a “good reason” to give you your original vital records information. I don’t know what that is but I really don’t want my adoptive parents finding out I’m even poking yet, I’d rather have them on my side first.

And yet another from my own home state – I was adopted in Missouri. I had to have written permission from one of my adoptive parents to get my information. My adoptive dad wrote the letter for me. If he had died before the letter was written, I would not have been able to get any information.

And I agree with this adoptive parent – I have always felt that the Amended Birth Certificate was a lie and an awful thing to do to a child who has every right to that document. Blog writer’s note – For both of my parents, their birth certificates were total fabrications. How can it be a good thing to grow a life upon a lie ?

No adult should have to get any other adult’s permission to obtain their own records.

Someone else writes – I’m confused about how this protects natural parents. It seems like it’s just a difficult-to-impossible side quest to make it less likely that any adoptee will find their natural family, all to benefit adopters who fear reunion, in the guise of “protecting the birth mother’s privacy”.

This is how an open adoption can become really tricky.  I read this morning about a situation where the biological child is allowed to sleepover at their original parents home every other weekend.  What is happening is that at the end of the weekend, the child does not want to return to the legally adoptive parents.

Now the adoptive parents are mad and are blaming the biological parents for the situation.  They are insisting that the child choose between the two sets of parents.  If the child does not, they will sever the adoption.

Not surprising, the adoptive parents are blaming the biological parents for causing the child to behave that way.  They also blame them for now breaking up what had been in their own minds a happy home.

These are the kinds of wounds MOST adoptees are all too familiar with.  Once the child is surrendered (not a decision that child made for their own self) and the adoption is finalized, then the living with this situation begins and for the adoptee, the processing of this reality will consume their entire lifetime.

That is why the adoption group I am a part of is always counseling mothers and/or their partner to try to raise their child before taking this permanent step (and as the case above reveals – can be terminated – which is how some children end up in second adoptions, which just compounds the trauma for the child). 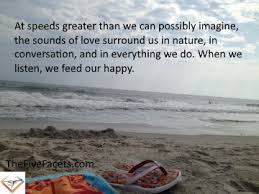 It may be hard to imagine what a joy it is for a mother who once relinquished her child to adoption to finally hear their voice decades later.  One such story that reached me today and was conveyed like this –

“I got the call I’ve waited on for almost 31 years. More so the past 2 years.
My Son called me! 💙💗
His voice was like that of someone I’ve always known. He sounded so familiar. Almost a 2 hour phone call.  It was more than I ever imagined.💓

It may have taken a pandemic but it finally happened 🥰

And now I embark on this next rail of this roller coaster that has been my life. At least today I woke with a smile.”

Not every attempt at a reunion ends happy.  Some mothers are so devastated that they have tried to block out all memories of the unhappy experience.  They do not wish to remember what happened.

And in this time of isolating ourselves an in-person meeting may not be possible but I guarantee that someday this will all be in the past and while life may never look like it did before ever again, a new kind of normal will emerge.

An experience like the one I have shared is healing for both the mother and the adoptee when it goes so beautifully even with the complications of our current moment.  Advice for entering into such a fragile beginning –

Understand your emotions will be very intense, this is normal.
Journal journal journal.
Cry cry cry.
Yet, try with all your might not to burden your child.
Ask for their permission before you do stuff.

Adoptees had no choice regarding what happened to them. If your relinquished child comes back, be grateful for such a blessing.  Always be gentle towards both you and your child.