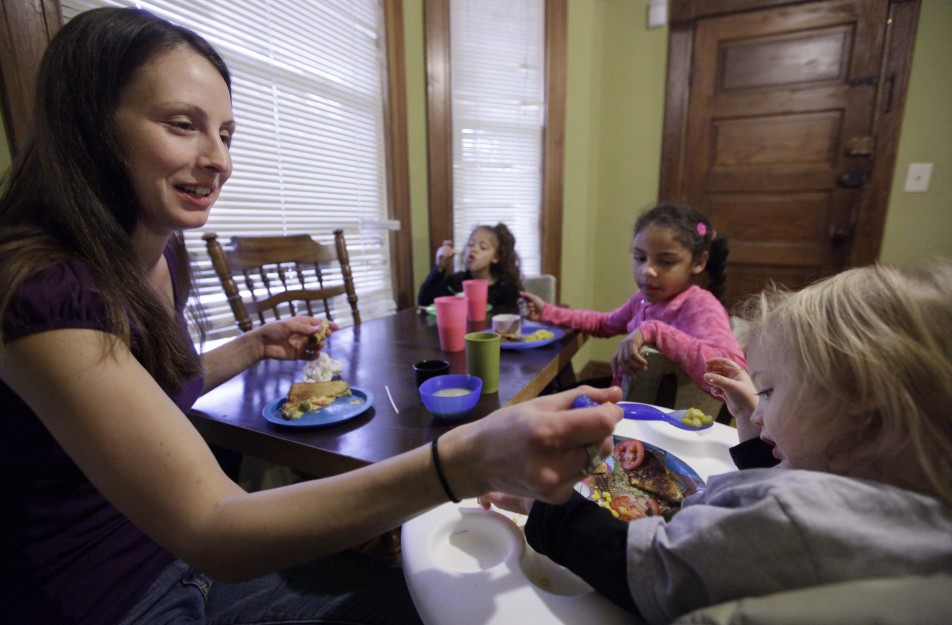 I don’t know if anyone has done a study on the percentage of children given up for adoption due to simple poverty (and poverty is not simple, I realize this).  I know it was a factor in both of my grandmothers losing custody of my parents and it was certainly a factor in my losing custody of my daughter.  Divorce and lack of child support left me desperate enough to temporarily leave my daughter with her paternal grandmother.  That ended up with her staying with her dad and a step-mother for the remainder of her childhood.  It was a factor in my sister losing custody of her daughter – she was denied government assistance because she was living with my parents during her pregnancy.  Therefore, because they didn’t want financial responsibility for my sister and her child, they pressured her to surrender her daughter to adoption.  This is all in only my own family of birth.

Someone asked – Do you believe that financial illiteracy is the reason people are poor and that programs teaching life skills like checking, bank accounts, and savings would work to eliminate poverty ?  While these skills are useful for any maturing adult, I don’t think they would eliminate poverty. Rich people have bigger safety nets. Financial illiteracy is not the reason people are poor and there are rich people who don’t know how to manage their money as well.

Someone answered the question – why are people poor ? With this – Capitalism. Rich people exploit others to gain wealth, keep money/land/resources for themselves, create systems that work to their advantage (and poor people’s disadvantage), pass it on to their kids who in turn use their wealth to get richer. Scarcity mindset is real and in my experience rich people are the most paranoid about losing any wealth. There is more than enough to take care of each other but our system doesn’t by choice. Some people think “if only poor people managed their money, they could accumulate wealth.” This completely misunderstands how wealth is acquired and horded in this country.

Generational and systemic poverty plague the poor. How can you climb a ladder in a system built to make the rich richer and keep the poor poor ? Our economic system is built upon the 1% wanting to make that difference bigger every day.  How can anyone achieve socioeconomic upward mobility when your grandparents were poor.  Therefore, your parents had to sacrifice an education and instead find work to support themselves and their families.  Then their children end up in the exact same situation. The deck is simply stacked against the impoverished.  This tends to become a *major* generational trend.  Even assistance is created in such a way that it keeps the poor poor.

Case in point – Medicaid and Food Stamps. As soon as a person gets a non-minimum wage job, they lose  their benefits.  Without these, health care and groceries are significantly more expensive than slightly above minimum wage will cover. The result ?  You’ve either got a person making $20/hour, but barely making ends meet if at all.  Or a person without resources and access to food and healthcare, simply because they would rather be self-supporting.

One mother wrote – I gave up my first two kids to adoption because I was broke.  I didn’t know how much help shelters could be.  I kept my third child thanks to a shelter and I got on my feet.  I now have a place of my own for us to live in.  I wish I would have known how to keep my children before.

I do believe as a society we can do better than we have been doing.  I don’t know how we get there.  If we supported families adequately, children could remain where they want to be – in the family they were born into.