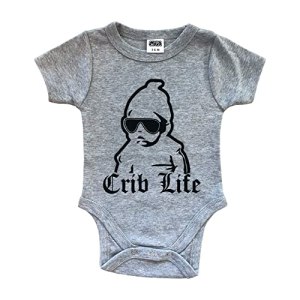 I was reading an article this morning about a social networking site known as Urban Baby.

Urban Baby was part of the first wave of confessional Internet women’s writing about parenting, one that occurred in tandem with our society’s withdrawal of support for parents and children, and the simultaneous ratcheting up of expectations of what makes for good mothering. Blogs like Dooce — that’s Heather Armstrong, also known as the “queen of the mommy bloggers” — wrote openly about struggles with postnatal depression, while others took on the challenges of raising a special-needs child.

This new world of parenting was challenging and liberating, but, most importantly, optimistic. There was the almost-always unspoken assumption that the Internet was going to change the world of mothering for the better.

But that did not happen. For all the delights of the mom blogosphere, its members fell into a trap all too common to our time: We might kvetch about our problems jointly, but we struggle, for the most part, alone.

Despite, say, all the online chatter about the struggle to get a child into a “TT” — that’s Urban Baby lingo for top-tier — private or public school, very few connected their struggles to the greater society and economy causing their woes. Rare was the moment on Urban Baby when someone asked why there were so few TT schools — it was simply yet another problem to surmount. That remained true as the mothering blogosphere and forums lost ground to social media, to Instagram posts by neighbors and celebrity influencers alike about the wonderfulness of their parenting lives.

For my part, I belong to a mom’s group that started out connecting only by email and eventually ended up on Facebook.  All of our children are turning 16 years old this year.  We all conceived within that brave new world of reproductive technology.  We have been together since before we knew we were successful.  We met once when the children were two years old at Elmo’s World.  I’m so glad we did.  One of our more outspoken moms died from breast cancer some time ago and it was heart-wrenching.  She was our second loss to cancer.  More than one of our mom’s lost their spouse in one way or another during our time together.  Only the current politics has divided us and that is bittersweet indeed but all of us are trying – to hold onto what unites us and not pick at the wounds of the country that affect us as well.

Yet that ambitious appetite for change was desperately needed, as our current covid-19 world is making all too clear. We are — even in a life-altering pandemic — the only developed country not to offer paid family leave or sick days to all. Nearly a fifth of families with children under the age of 12 are reporting they do not have enough food.

Children have been out of school since March, and for many, there doesn’t appear to be an end in sight, except for more in the way of subpar online classes that need parental supervision. And forget complaining about the high cost of child care: Our decision to leave it almost fully to the free market may well result, according to the Center for American Progress, in the loss of millions of child-care slots. This combination might well turn out to be cataclysmic — not just for children, but for their mothers, who, minus the child care offered by school, might well find themselves permanently exiting the workplace.

On Urban Baby this week there were final goodbyes, one last show of virtual hands for Zip codes, and final reasons they were here before everyone scattered. As one poster pointed out, “UB has been a release valve for all of the pent-up frustration and all of the challenges of modern motherhood.” No doubt. But, ultimately, emotional release is a thin gruel.

Mothers, fathers and their children need more — more help, more support, more resources. This was true before the current crisis, and it’s even more true now. When it comes to the online world of parenting, the biggest failure is not one of organization. It’s that for all their complaints, all too many of the people doing the talking on sites like Urban Baby still believe that they can individually surmount the ever-increasing challenges of American life rather than changing the system that underlies them. Until that mind-set changes, nothing else will.

My thanks to Helaine Olen’s op-ed in The Washington Post (for all of this except my personal comments).