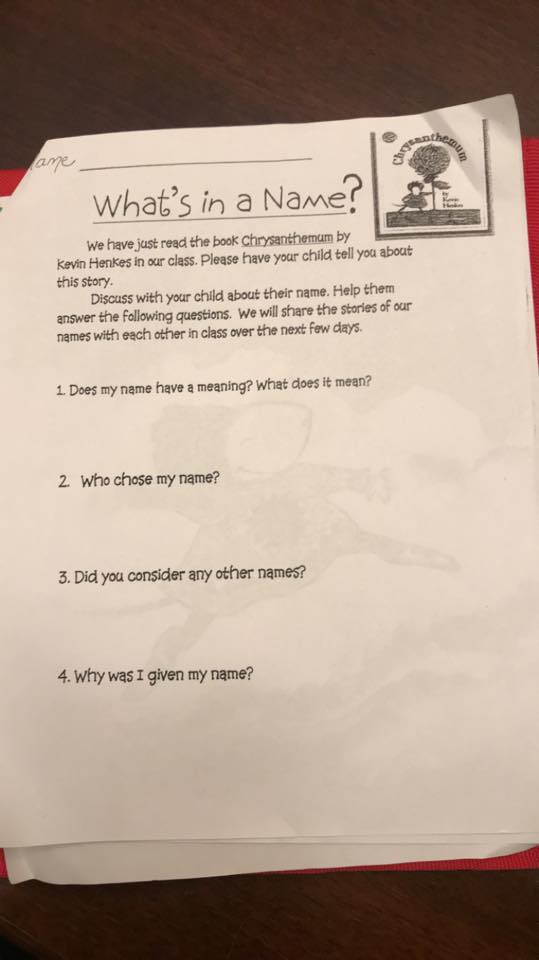 This is an actual homework assignment.  Now, imagine you were adopted.  How do you answer these questions in a classroom where most of the other children were not adopted ?

One of the reforms most mentioned in the adoptee community is the importance of a child keeping the name they were given at birth.  My mother, really cared about her birth name, once she learned what it was.  My father discovered his birth name when his adoptive parents died and was surprised by it.

Changing a child’s name after adopting them is taking away their legitimate identity in an effort to pass them off as having come directly from you – as though you gave birth to them.  In fact, adoptee’s birth certificates are changed to further the false story of their origins.

Certainly, in a more morally judgmental time, the idea was that adoptees were bastards who needed to be protected from the cruelty of being outed.  Now single mothers give birth to children intentionally.  Times have changed and so should how we protect and nurture a child who’s parents are just not ready to be fully supportive of them.

Every child has a right to their authentic identity and to their actual conception and origins stories.  The time is now for a good reform.